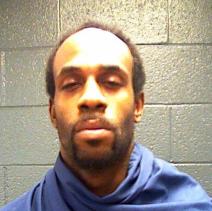 On Tuesday, November 5th, at approximately 10:30 pm 30 year old Tyrone Smith of Wichita Falls was arrested in the 1800 block of Las Cruces by officers with the Wichita Falls Police Department on a Capital Murder warrant.

The warrant stemmed from the murder of 41 year old Eddie Donte Hill that occurred on October 26th in the 700 block of Warford.

Officers with the WFPD had been dispatched to a residence in the 700 block of Warford in reference to a possible shooting where a witness had stated an unknown male suspect had shot Hill.  When police arrived they found Hill inside the residence.  He was transported to the hospital where he died from his injuries.

WFPD Detectives received a Crime Stoppers tip that, along with their investigation, helped lead to the arrest warrant being issued on Smith.