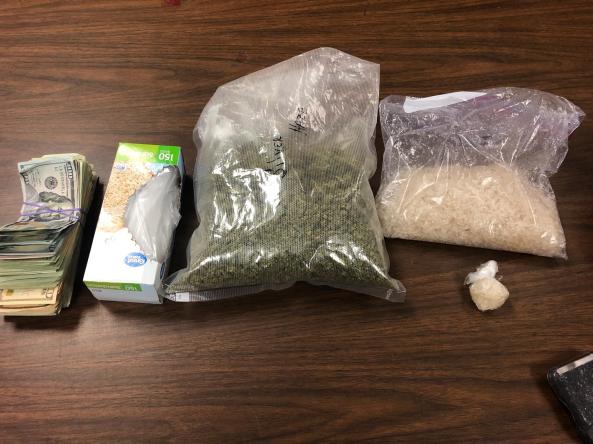 On Wednesday March 6th at approximately 10:00 am officers with the Wichita Falls Police Department conducted a traffic stop on a 2003 tan Chevrolet Suburban in the 2100 block of Holliday.  Officers identified the driver and sole occupant of the vehicle as 30 year old Alonzo Williams, Jr.

When officers approached the vehicle they could smell the odor of marijuana coming from inside the vehicle.  Due to the odor officers conducted a search of the vehicle.  During the course of the search officers located in the center console plastic bags containing a green leafy substance and a crystal like substance.  The crystal like substance was field tested and rendered a positive for methamphetamine. The total weight of the substance was 447 grams. Officers also located digital scales and plastic baggies. When searched Williams was found to be in possession of over $3,000.00 in cash made up predominately of smaller bills which is consistent with narcotic dealings.

Williams was arrested and transported to the Wichita County jail where he was charged with manufacturing and delivery and money laundering.