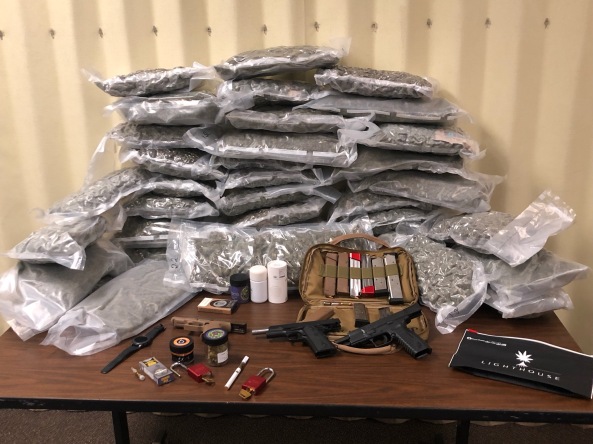 On Monday, December 3rd, at approximately 10:45 pm officers with the Wichita Falls Police Department observed a white 2010 Chevrolet Camaro driving at a high rate of speed in the 1000 block of Central Freeway. Officers stopped the vehicle and identified the driver and sole occupant as 36 year old Joshua Copa.

Officers conducted a search of the vehicle and located a total of three firearms, 23 grams of THC oil and 46 pounds of marijuana.