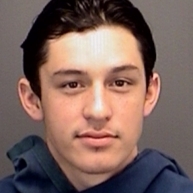 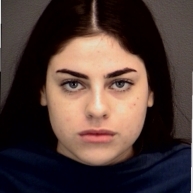 Today at approximately 2:00 am officers with the Wichita Falls Police Department were patrolling the area of Rhea Rd and Gossett Dr when they observed a grey Nissan Altima parked facing westbound in the eastbound lane of the 2900 block of Gossett Dr.  Officers observed a white male exit the vehicle`s right passenger side and begin checking door handles on parked vehicles. After the male was done checking door handles he got back into the right rear passenger side of the Nissan Altima and it began to drive off westbound towards Rhea Rd.

Officers had the three occupants exit the vehicle and detained them. Officers began looking around the vehicle and observed two different Visa credit cards with two different victims name on them lying on the front right passenger floorboard. The credit cards had the victims` names and a distinct 16 digit number on them. The credit cards did not belong to the occupants inside the vehicle. As officers reached in to pick them up they could smell the odor of marijuana coming from the vehicle. Officers began searching the vehicle and located a pink purse in the back seat. The pink purse had a United States passport card with victim`s name and a distinct 9 digit passport card number on it, making a total of three different victims.  Officers also located a plastic bag containing a green leafy substance that rendered a positive for marijuana.

Officers located two of the victims who stated their vehicles were broken into and that the property officers located had been inside those vehicles.

Officers read all three suspects their Miranda warning and all three stated that they were party to the vehicle burglaries.

The suspects were transported to the Wichita County jail without incident where they were charged with two counts of burglary of a vehicle and fraudulent use or possession of identifying material.  Butler also claimed ownership of the marijuana and was charged with that as well.