Update: At approximately 9:15 am, Friday January 12th, officers with the Wichita Falls Police Department responded to an address in the 3100 block of Hollywood in reference to the missing child.

Officers were able to locate and recover both Nikki Hill and another male juvenile.
Both subjects were safe and had left on their own accord.
They have both been released to family members.
This case is being investigated as a runaway and CPS has been notified. 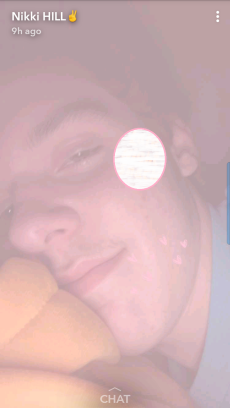 Update:  The WFPD has reason to believe that Nikki may be in the company of this individual.

If you have any information on the whereabouts of either Nikki or the male subject you are encouraged to contact police at (940) 720-5000.

She was last seen at approximately 9:30 pm on Thursday, January 11 in the 6600 block of Southwest Pky wearing a yellow hoodie, black running pants that have a white stripe down the leg and grey Nike running shoes.