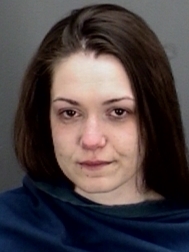 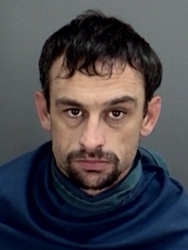 On Tuesday, November 14th, at approximately 1:30 pm officers with the Wichita Falls Police Department conducted a traffic stop on 1997 blue Buick Lacrosse in the 2300 block of Holiday.  The driver was identified as 36 year old Jesse Buckley and the front seat passenger as 26 year old Stephany Baxter.

Officers observed Buckley reaching for his waist.  Believing he may have a weapon or trying to conceal evidence of a crime officers ordered Buckley to show his hands.  He refused at which time officers opened the door of the vehicle in an attempt to gain control of Buckley.  Buckley began kicking at officers and refused to comply with orders to show his hands and stop resisting.  Officers deployed their Taser in an attempt to gain control of Buckley.  He continued to resist, but was eventually placed into custody.

Officers then spoke with Baxter and asked her if she was in possession of any illegal narcotics.  She stated that she was and removed a clear bag from her person.  Inside the bag were multiple smaller bags that contained a crystal like substance.  The substance was field tested and showed a positive result for methamphetamine.  The total weight of all the methamphetamine seized was 14.1 grams.

Both Buckley and Baxter were transported to the Wichita County jail without further incident.