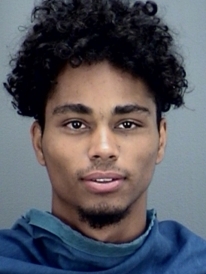 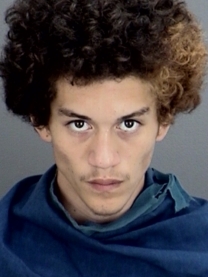 On June 15th at approximately 4:45 am officers with the Wichita Falls Police Department were dispatched to the 3200 block of Harrison in reference to a check suspicious person call.  Officers were advised that three males wearing all black were in the area Martin Plaza Park.

When officers arrived they located three males matching the description given in the call at the intersection of Harrison and Berkley.  One of the subjects was identified as 18 year Xavier White.  A records check revealed that he had numerous warrants for his arrest.  He was placed into custody and during a search incident to an arrest officers located a loaded .45 caliber handgun in the front of his waistband with a fully loaded magazine and an additional loaded magazine in his pants pockets.

Officers also identified 18 year Kwamain Martinell as one of the other subjects.  He gave officers consent to search him and when he went to stand up a .380 caliber handgun fell out of his pants.  Officers discovered that it was loaded with one round and that he had additional live rounds in his pockets.

Neither subjects had a license to carry permit therefore they were both arrested and transported to the Wichita County jail without incident where they were charged with unlawful possession of a firearm.

The third subject, a juvenile male, was clear of warrants and when officers were unable to locate a parent or guardian to release him to they transported him to the teen shelter.

The City of Wichita Falls Job Fair is happening today until 4pm at the Public Library downtown! Stop by our dispatch table and get ready for your new, exciting career!!!
Are you interested in becoming a WFPD dispatcher or 9-1-1 call taker? If so, we are now hiring and looking for you!
Retired WFPD Officer John Sims passed away on Sunday, April 4. Our thoughts and prayers go out to his family and friends.
In preparation of National Telecommunicators Week which begins next week, our dispatchers were honored at this morning’s City Council meeting for their hard work and dedication to our citizens!
A huge THANK YOU to Starbucks on SW Pkwy for hosting our “Coffee with a Cop” event this morning! We love interacting with our community and can’t wait until the next one!!!!
From our family to yours, have a safe and Happy Easter!
Loading Comments...
Comment
×
%d bloggers like this: