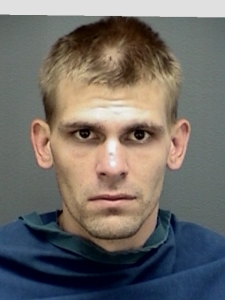 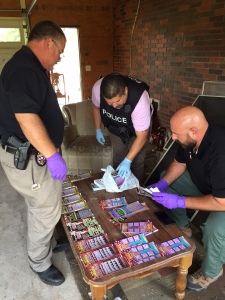 Detectives with the Wichita Falls Police Department’s Crimes Against Property unit served a search warrant yesterday at approximately 11:00 am in the 1900 block of Hines.  During the search they were able to recover stolen property to include a large quantity of lottery tickets. They also served an arrest warrant on 28 year old Ransom South of Wichita Falls for Burglary of a Business.

The charged stemmed from a burglary that WFPD Officers responded to on September 21st of this year at the EXXON located in the 6600 block of Seymour Hwy.

The victim had reported to police that they received a call from their alarm company stating that the alarm was going off at the business.  When Officers arrived on scene they located an open door and proceeded to clear the building.

It was later determined that the suspect had stolen various items to include cigarettes and lottery tickets.

FUR-EVER FRIDAY IS BACK!!!!
The WFPD SWAT team executed a search warrant with the Crimes Against Property detectives on 06-10-
The WFPD SWAT team and Crimes Against Property detectives served two search warrants
Stage has been captured and is back in custody!
Officers from various units had an opportunity to hang out with some amazing kids last week at YMCA camp!
WANTED FOR MURDER
Loading Comments...
Comment
×
%d bloggers like this: