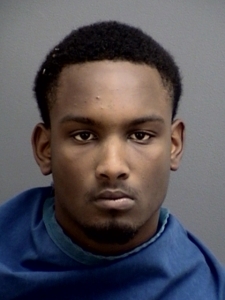 On June 7th at approximately 2:27 pm Officers with the Wichita Falls Police Department responded to a possible Burglary of a Habitation in progress in the 1300 block of 12th Street.

Pope was transported to the Wichita County Jail without further incident.  He was charged with Assault on a Peace Officer.

The Officer that was injured was taken to URHCS where he was treated for minor cuts and abrasion and later released.

FUR-EVER FRIDAY IS BACK!!!!
The WFPD SWAT team executed a search warrant with the Crimes Against Property detectives on 06-10-
The WFPD SWAT team and Crimes Against Property detectives served two search warrants
Stage has been captured and is back in custody!
Officers from various units had an opportunity to hang out with some amazing kids last week at YMCA camp!
WANTED FOR MURDER
Loading Comments...
Comment
×
%d bloggers like this: