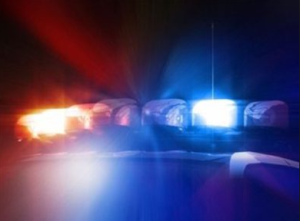 On 02-13-15 at approximately 2 PM an Officer with the Wichita Falls Police Department attempted to stop a red Ford Pickup at Iowa Park Road and Central Fwy. The driver of the vehicle refused to stop for police and began to evade Officers. The driver turned on Kenley and wrecked near the intersection of Kenley and Borton.

The passenger and driver exited the vehicle and began to run on foot. A WFPD Officer pursued the passenger, who was later identified as Quinlon Jenkins (B/M 080681).While Jenkins was fleeing he pointed a handgun at the pursuing Officer. The Officer was able to get Jenkins into custody without incident. Jenkins was also found to be in possession of marijuana.

Witnesses on scene advised Officers that the driver ran into a residence in the 1200 block of Kenley. Responding Officers created an inner perimeter. After a short time on scene the driver, who was later identified as Shelvie Cleaver (B/M 122384), exited the residence and turned himself in to Police without incident.

Jenkins was arrested and charged with Aggravated Assault on a Peace Officer, Evading, Possession of a firearm by a Felon, and Possession of Marijuana.

The truck was found to have a strong marijuana smell and there was a loaded magazine lying on the ground under the driver’s door. The truck was impounded.